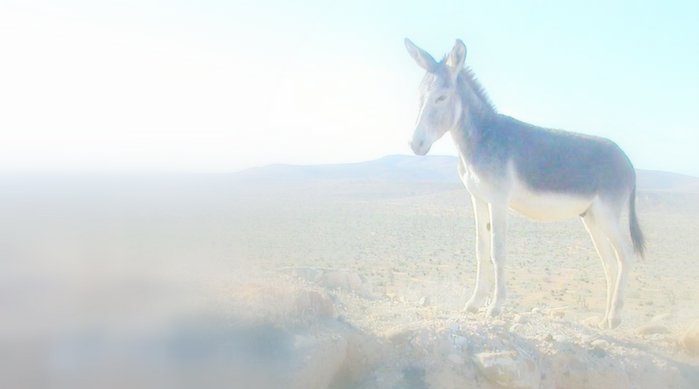 As you may recall, Sara and I went down to DC a couple of weeks ago for a conference. While we were down there we accomplished many of the goals we set for ourselves, professional and personal. I won't go into detail about the professional ones - they are rather boring.

Our personal, or tourist, goals included:

We had tried to go up the Washington Monument twice before (I went up twice before I met Sara). Once it was closed for renovations and the other time it was in November 2001 (so it was closed as a result of paranoia/cautiousness). This time we were successful, but not after a few obstacles. We got there only to find out that you needed a ticket. The ticket is free, but it is timed. I was able to get tickets, but we had an hour and a half wait. 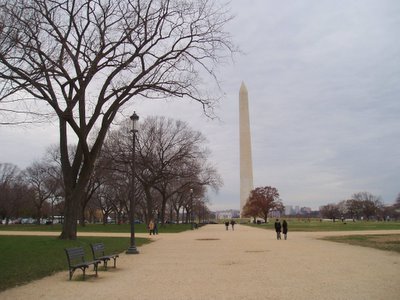 [All pictures courtesy of Sara and my camera]

As you can see it was a bit nippy that day, but we decided to walk down the length of the Mall to the Botanic Gardens to see the corpse plant. On the way there I got to see the outside of the American Indian Museum, which was enough for me at the time.

The corpse plant expedition was also successful, although it was a bit wilted (a bit like how I have been feeling lately, so I could relate). Unlike me, however, the plant did not stink anymore. This is what we saw: 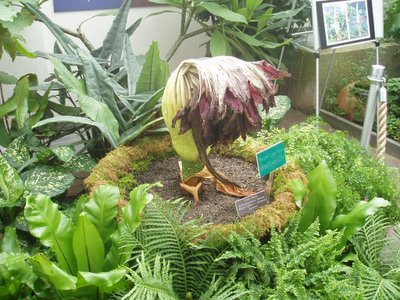 This is what we would have seen had we gone a couple of weeks earlier: 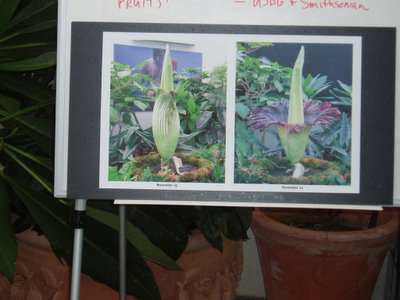 While we were there we also got to see some beautiful orchids and a bunch of other plants. 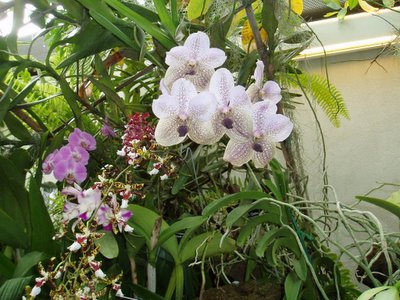 The roaming and screeching children were a bit irritating though. Who knew that I had become a grumpy old man?

We made our way back to the Monument and got to go up. We saw the WWII Memorial from the air. It was smaller than I had pictured it (and no, it is not just because I saw it from far away). 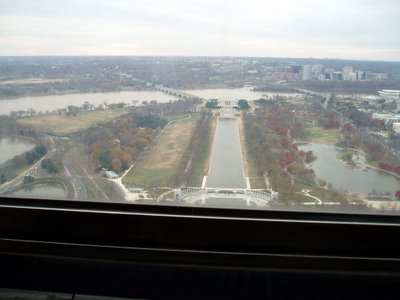 The images in the media can be deceiving, but I should have known that already. Back on terra firma, we decided that it was too cold and we were too tired to spend more time outside. We did pop into the National Museum of American History to warm up, have some coffee, and check out an exhibit on Polio that we saw advertised during our previous stroll down the Mall.

From the Museum we hopped a cab and made our way to Adams Morgan to my favorite Ethiopian Restaurant in DC: Meskerem. This visit did not disappoint. We ate well and basked in our accomplishments of having achieved all our goals.

Despite the wonderful day, I did see something that left me feeling a bit uneasy. During our cab ride we drove past McPherson Square, which is a couple of blocks from the White House. The square was completely littered: with newspapers, trash, and people. There was a van handing out food and drink. I know homelessness is complex problem - I teach about it in some of my courses. Nonetheless, it is a shame on this country that we (as a wealthy society) cannot care for these people and that they become human litter that live only blocks from the residence of our leader. I thought about how we had been cold earlier in the day and were able to escape it by going into museums, hailing a cab, and returning to our hotel room. How petty was it of me to feel burdened about the weather...and what of the hypocrisy of our "Christian" leaders who do nothing to address the situation.

Ok, end of rant. End of this episode of mental leftovers.
Posted by Xolo at 8:27 PM 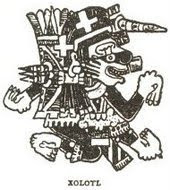